Just like the last handful of weeks, this was another big one for great new games to play. Today specifically marks the releases of Kirby and the Forgotten Land, Ghostwire: Tokyo, and Tiny Tina’s Wonderlands, all of which we have reviewed (click the respective game title to read our write-ups for each). Despite having this glut of new adventures to embark on, this edition of Weekend Warrior features a fur-full twist.

Below you can find a mix of what the GI staff is up to over the weekend, but more importantly, an introduction to the animal friends we share our lives with. It’s raining cats and dogs on this week’s Weekend Warrior, and we’d like you to follow suit by introducing your companions in the comments.

Without further ado, meet the pets of Game Informer: 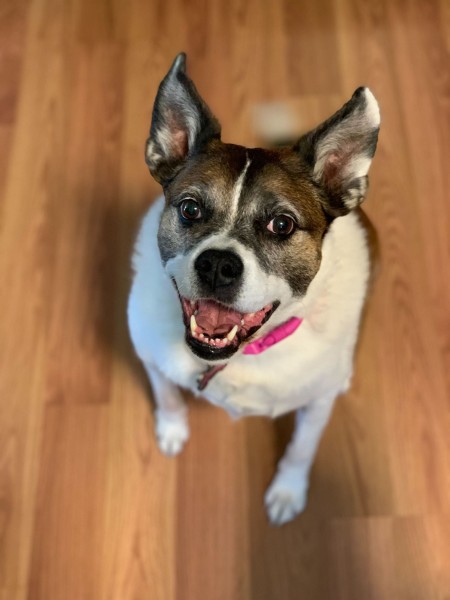 I spent the week playing Tunic and plan to pick away at it this weekend, but now that Tiny Tina’s Wonderlands is out, most of my time will be spent there. Last night I probably spent 30 minutes in the character creator and had a blast in the intro area, so I’m looking forward to opening up the game and having a big adventure. I’ll also be finishing the book “Gallant” by VE Schwab and starting a book I’ve long been looking forward to, “Empire of the Vampire,” by Jay Kristoff.

Kristin Williams – This is Pantalaimon.

He is showing you his belly, but you cannot pet his belly. His favorite pastimes include making video games harder by standing directly in front of the TV screen, complaining loudly that he has never been fed in his life di lui, and cuddling with me aggressively when I need to be getting off the couch.

Spike: This absolute himbo was named for former editor Javy Gwaltney and his favorite space cowboy. Longbois 4ever <3!
Moira: She’s had it with Spike’s antics and longing to return to Megaton.

Hazel is my precious cat who is seven years old and loves ham. I would die for her. She currently is upset with us, though, because we put her on a stricter diet this week to help her lose two pounds. 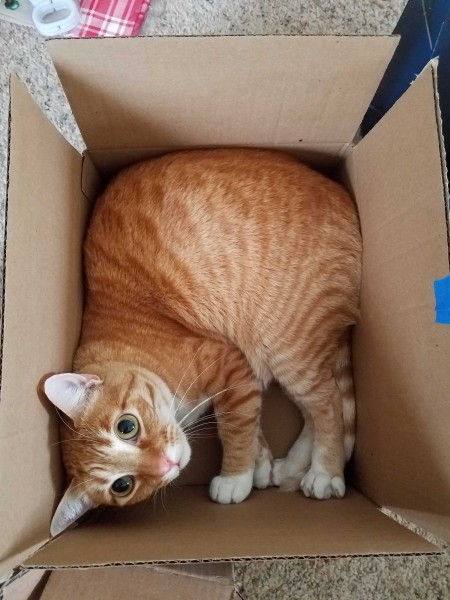 This is Rufus. We got him at a shelter seven years ago, where the staff assured us he was a cat. However, he may be just a very fuzzy pig, considering how much he tries to eat. Rufus has been on the Game Informer Show almost as many times as I have. So see if you can spot him next time! 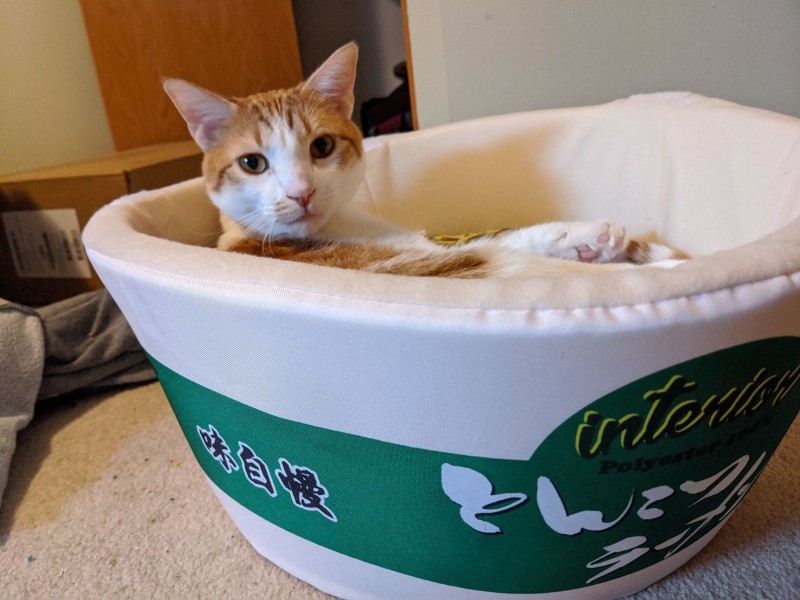 This is Pancake. He’s going to visit his friends di lui, Corvo and Totoro, this weekend. These are the cats of former Game Informer editor Elise Favis. Pancake likes to play fetch, eat plastic, and hang out in the bathtub. Mostly, he loves to cuddle and sleep in his ramen bed di lui.

These two cuties are Zorro, our round boy that’s spotted like a cow, and our little wierdo black cat Sheik. Zorro loves to nap and eat feathers off of toys, while Sheik prefers climbing to high vantage points in the apartment and sprinting around late at night. Zorro recently had to undergo some medical procedures (he’s doing fine!), Which has left his tummy shaved and infinitely more pat-able than ever before.

I’ll be playing more of Tiny Tina’s Wonderlands into the weekend, which I started late last night, and chipping away at Elden Ring here and there. I read the newest chapter of One Piece yesterday that includes a massive reveal that changes the context of so much of the series, so I’m starting the anime over, watching from the East Blue arc, and seeing if Eichiro Oda planned for this revelation the entire time. 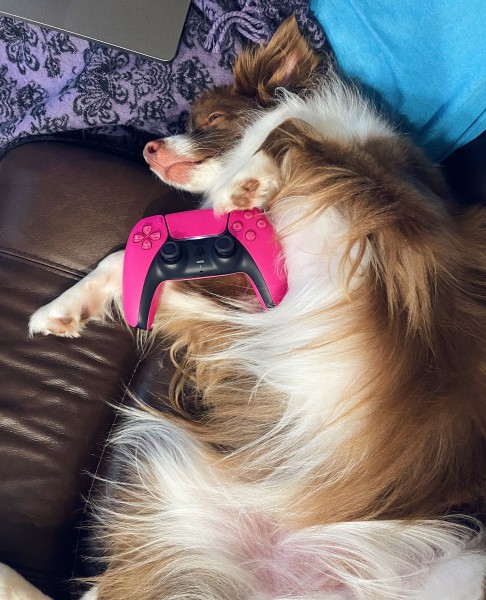 Sparrow is a red Australian Shepherd that turned four this February, and for all four years of her life so far, she’s been one of my best friends. Wherever I go, she goes (unless there’s food somewhere along the way to distract her). She loves her own voice and loves to say hi as a result. If you pet her, prepare to scratch her pink belly in a few seconds because she can’t resist flipping over to let you know your head pat was nice but that she wants the belly rubbed. Her favorite treats include – if you’re my wife, stop reading now – popcorn, Cheetos Puffs, and other similar snacks. She also loves the crunch of an ice cube, and I know not to make myself a drink without slipping her a piece. Her favorite game di lei to watch me play right now is Elden Ring. While playing, I call her “Sausage Girl” because she positions herself between me and the crack in the couch, like a hot dog in a bun. It is very cute.

Brian Shea – This weekend, I finally have time to devote to gaming. The weather here in Minneapolis looks not great. Most of my post-vacation chores are behind me. I have no plans. Naturally, I’m going to be diving back into Elden Ring after finally succumbing to the FOMO last weekend, but I’d also really like to check out Kirby and the Forgotten Land. Two very similar games.

Now that you’ve adored all of our pets and read our stunning weekend plans, it’s time for you to share the games, movies, shows, comics, and more that you’ll be spending time with. Of course, please tell us all about your pets as well!