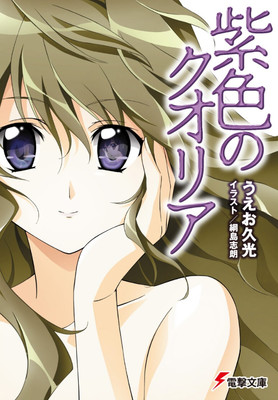 Seven Seas Entertainment announced on Wednesday that it has licensed the Qualia the Purple light novel and manga, the Die Even More Valiantly manga, the Wretched manga, and the Barbarities manga.

Through the uncanny purple eyes of Yukari, all people appear to her as robots. Her talent is both a blessing and a curse. She is able to assist the police in sizing up threats, since her “skill” allows her to evaluate humans’ quirks and physical capabilities like cataloging the parts of a machine–yet her strange sight has cost her the friendship of her peers. She does have one friend in her corner: Hatou “Gaku” Manabu, a girl at school who cares deeply for Yukari. When Yukari is recruited into a secret organization, the real trouble begins. Gaku is thrust into a realm of mystery, quantum experimentation, and alternate universes, with only her wits–and her love for Yukari–to guide her along the way. 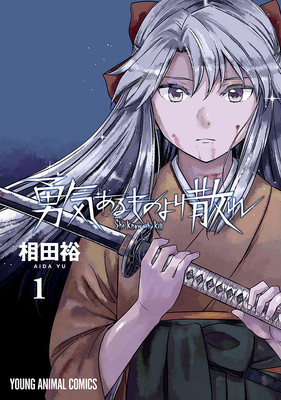 The Edo period has ended, and former samurai Haruyasu is adrift in a strange new world. Not even the promise of rebellion can cure him of his desire for death. But after an assassination gone wrong, Haruyasu finds himself at the mercy of his intended victim’s bodyguard, an intriguing young woman with the power to heal–so intriguing, in fact, that he decides he wants to live in order to learn more about her . But what will she ask in return for saving his life?

Aida launched the manga in Hakusensha‘s Young Animal magazine in February 2021. Hakusensha published the manga’s first volume in August 2021, and will release the second volume on March 29.

Aida launched the 1518! (pronounced Ichi Go Ichi Hachi) manga in Weekly Big Comic Spirits in August 2014 and ended it in March 2019. The series went on hiatus several times. After the most recent hiatus in October 2016, the manga resumed in March 2017 as a monthly series.

Aida ended his Gunslinger Girl manga in September 2012. ADV released part of the manga in North America, and then Seven Seas re-released the entire series in omnibus form from 2011 to 2013. The manga inspired two television anime series and an original video anime, and Funimation released all three on home video. 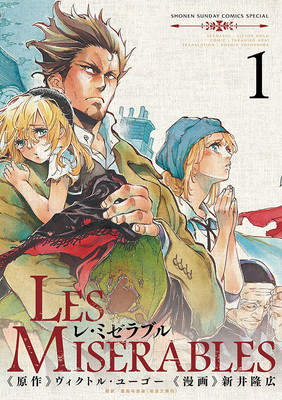 Jean Valjean, a starving man who commits an act that will haunt him for the rest of his life; Cosette, a young orphan girl; Javert, an obsessed policeman; Marius, a revolutionary who inspires the working classes. These unforgettable characters and more make up the cast of Victor-Hugo‘s classic novel, Les Miserables, renowned as one of the greatest works of Western literature. Its countless adaptations have appeared in film, TV, and on stage alike. Now, experience the epic tale of love, tragedy, and redemption in this gorgeously illustrated and faithfully adapted manga series!

Arai launched the manga in Shogakukan‘s Gesan magazine in 2013, and ended it in May 2015. Shogakukan published four compiled book volumes for the manga.

Hugo’s Wretched has previously been adapted into the anime series Les Miserables – Shōjo Cosette in 2007 as part of Japanese Animation‘s World Masterpiece Theaterand the anime special Jean Valjean Monogatari in 1979. In addition to the many television and film adaptations, the story is arguably best known worldwide through the 1980 musical stage. 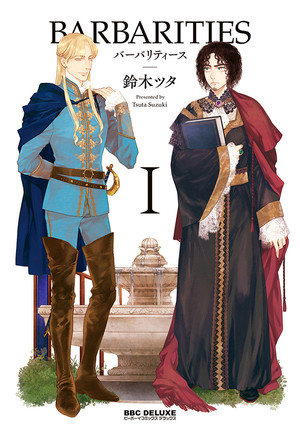 Lord Montague is a powerful figure in the nation, in need of a bodyguard following a threat to his life. Enter Viscount Adam Canning: a dashing blond-haired nobleman who swears to use his combat skills to protect Lord Montague…and woo anyone who catches his fancy while staying at Lord Montague’s estate. When Adam sees Lord Montague’s nephew, Joel, Adam is immediately smitten. But Joel is a serious young man, too busy rooting out crime and corruption to fall for Adam’s charms. Of course, that just makes Adam want him more! Can Joel stay focused on his lofty ideals, or will he fall for the devilishly handsome viscount?

Suzuki published the manga in Free Publishing‘s Magazine Be x Boy. The manga launched in 2014, and Free Publishing released the fourth and final compiled book volume on January 8.

Suzuki co-writes the story for the Heaven’s Design Team (Tenchi Sōzō Design-bu) manga with Hebi Zouwith Tarako drawing the art. The manga launched in Kodansha‘s morning two magazine in 2017. Kodansha Comics publishes the manga in English. The manga inspired a television anime adaptation that premiered in January 2021, and Crunchyroll streamed the anime as it aired in Japan.