This year’s 23rd issue of Shueisha‘s Weekly Shōnen Jump magazine revealed on Monday that Shinobu Kochō will join the Kimetsu no Yaiba: Hinokami Keppūtan video game as a playable character. 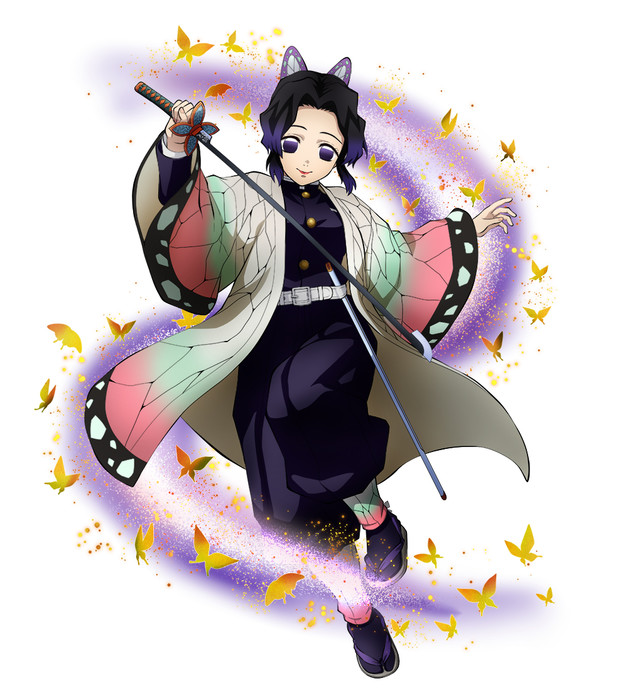 The game will release for the playstation 4, playstation 5, Xbox One, Xbox Series X and S, and Steam this year. The game will feature a story mode that will allow fans to relive the story of the first television anime. A battle mode will let players play as different characters. Other confirmed playable characters include: Tanjiro Kamado, Nezuko Kamado, Zenitsu Agatsuma, Inosuke Hashibira, Giyu Tomioka, Sakonji Urokodaki, Sabito, and Makomo.

Aniplex is delaying the release of the separate Kimetsu no Yaiba: Keppū Kengeki Royale (Demon Slayer: Blood-Stench Blade Royale) smartphone game indefinitely in order to improve the quality of the game. The game was previously slated to debut in 2020. The free-to-play smartphone “asymmetrical survival action game” will pit teams of demon slayers and demons against each other, with players doing battle in settings from the story using various skills and characters.