Most anime series, naturally, follow a continuous storyline, even if all the threads don’t come together until the end. Manga, the wellspring of anime, lends itself to long-running stories, and characters that develop over time.

RELATED: Top 10 Most Iconic Male Anime Characters Of All Time

Anthology series takes a different approach. Each episode or two opens the door to a new plot and characters, a new paradigm, and sometimes even a new world. Sometimes, a narrator offers a little context as the scene changes, with a unifying theme or scenario, but other series offer something new every week. Here’s a look at ten of the best.

Star Wars: Visions offers an anime style interpretations of the SW universe in what are essentially a series of short films. Using different styles of anime for each episode, because each was made by a different Japanese anime production company, the stories find imaginative ways to spin off the Star Wars universe, outside the established canon. There are lightsaber duels with Samurai style, a tantalizing glimpse at the rebirth of the Jedi Order, a musical number featuring Jabba the Hutt, and more, totaling nine episodes in the first season.

Love, Death, & Robots is a classic kind of anthology series, presenting a series of science fiction oriented episodes, where the only unifying feature is a surreal take on the genre. It’s arguable whether it’s strictly an anime series; some episodes rely heavily on CGI and other techniques. Still, some definitely sport an anime aesthetic, such as “Fish Night,” “Sucker of Souls,” and “Good Hunting,” adapted from the steampunk story by Hugo Award-winning author Ken Liu, and set in China.

With stories that only last 3 to 5 minutes or so, Yamishibai establishes a dark and disturbing tone using a picture-story style of animation. The premise begins with an old man who wears a mask (as the kamishibai narrator) and comes to a playground each day to tell the tales, with different narrators for some seasons. The horror stories are based on Japanese and Asian culture, including traditional folk stories and urban myths, with more than 90 episodes in all. Despite the very short length, each story carries a punch.

In “Yotsuya Kaidan,” based on a kabuki play, a wife who’s been cheated on goes for revenge even after death. A taboo love affair, also based on a play, between a human and a goddess is the subject of “Tenshu Monogatari.” “Goblin Cat (Bake Neko)” is an original story about a cat monster on a vendetta.

Mononoke is an offshoot of Ayakashi: Samurai Horror Tales. With its avant-garde approach to animation and storytelling, Mononoke is a striking anime series. While it does follow the wanderings of a single character, each episode is unconnected to the next except by the Medicine Seller (who has no name) and the presence of mononoke, evil spirits that plague Japan and cause havoc across the country. The rest of the characters and situations in each story, typically taking 2 episodes, are new each time.

Six short stories from classic Japanese literature are brought to life in Aoi Bungaku Series. Each one was adapted by a different writer and director, with character designs by manga artists, and covers two episodes. The themes covered are mature and thoughtful, including alienation, complex relationships, and tales like Sakura no Mori no Mankai no Shitawhere a bandit finds a gorgeous maiden in the forest, but once she’s become his wife, he discovers there is much more to her than what he thought.

The stories that unfold over the 13 episodes of Human Crossing aren’t connected in a linear sense. They’re simply stories set in modern day Japan, and cut across people in various walks of life.

RELATED: 10 Anime Villains Who Lived Up To The Hype

The one underlying theme is the isolation of city life, and loneliness, but also unexpected connections between people, and the lessons that can be learned. The series was praised for its realistic animation, and the way it expressed the emotions of the characters in a subtle and relatable way.

The lives and stories of women are the focus of Otona Joshi No Anime Time. Each of the stories features a Japanese woman at a pivotal moment in her life. In one, a middle-aged woman thinks about her life just before going to a school reunion. In another, a wife begins a new life with a man other than her husband. Romance and family are key themes in the drama mini-series, which ran for two seasons.

Tsuredure Children is set in a high school, and follows the romances of various students. The stories are different, but connected through the friendships of the students. It’s a simple concept, but fans enjoy the way it looks at many different ways that love and romance can form as high schoolers begin to mature. The obstacles are many, but the struggles just make the joy of young love all the sweeter. It’s got all the embarrassing awkwardness of real teen life, with comedy to take the edge off.

Mushishi is set in the historic time period between the Edo and Meiji periods (around the mid to late 1800s). Mushi are a primitive kind of creature, and most humans can’t see or notice them. Ginko, the narrator, is one of the few who does, and he narrates stories where his role is more of a helper and catalyst. The series follows him traveling from one town to another as a Mushi Master who researches the beings, and helps with the problems they cause, featuring a new story and set of characters for each episode.

NEXT: 10 Most Inspirational Anime Speeches That Will Motivate Anyone


Next
10 Anime Series That Got Too Real 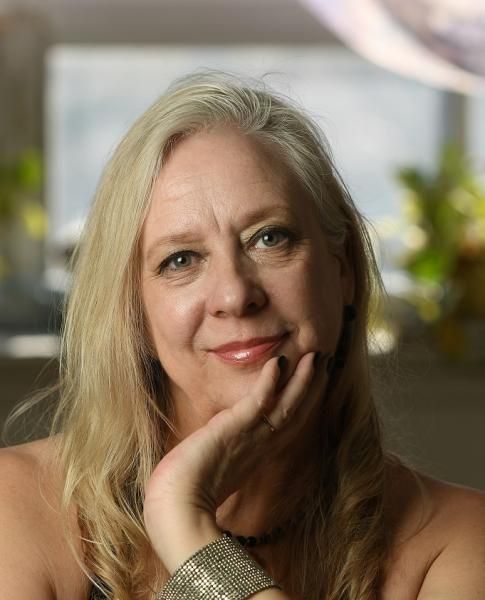 I’m a long time freelance writer, blogger, and editor with a specialty in entertainment, arts, culture and travel. I’m also a longstanding science fiction/fantasy/comic book fan. My work has been cited and referenced in numerous books, magazines, and academic publications all over the world. I teach creative writing courses at the college level and in my other identity, I’m also a singer-songwriter known as Anya Mia. You can check out me and my work on my website at AnyaWassenberg.ca, and follow me on Twitter at @AnyaArtsMaven